Today would be a split day with a visit to the White City of Udaipur in the morning and then the Chittorgarh Fort in the afternoon and early evening. We are having a great time with our friends and many of the others on the train. We’re lucky to have a fun and interesting group of people along for the ride.

The morning starts out with breakfast on-board the train before we load up the bus for some sightseeing in Udaipur.

Udaipur is known for many things – the white color of its homes, the many lakes surrounding the town, the Maharaja who wouldn’t buckle to the Brits and the lake palace which was the exile location of a young Shah Jahan, who would later build the Taj Mahal.

It is another hot, sunny day. Hopefully our boat ride to the Lake Palace will help provide some cool relief. Our guide was another great choice. He was probably in his early 20’s, very knowledgeable about his city and very proud of everything Udaipur. We had fun with him.

Our drive from the train station to the fort and palace was beautiful. There are many man-made lakes around Udaipur that were created by damming the rivers. We stopped along the way for a photo op at one of the lakes before continuing on. The fort and palace are located on Lake Pichholi. 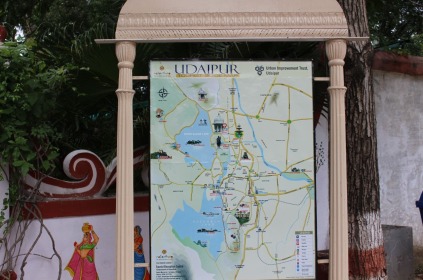 Our first stop was at Sahelion Ke Bari or “Courtyard of the Maidens”. As the story goes, one of the Maharaja’s daughter was upset that she could not feel the rains of the monsoons whenever she wanted. So her father builds this complex of fountains and ponds so she and her friends could feel the water like the waters of the monsoons. Talk about your basic spoiled rich brat. But the place is lovely and lush. 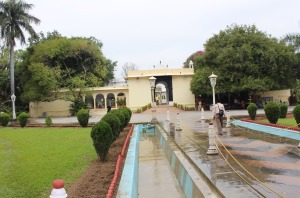 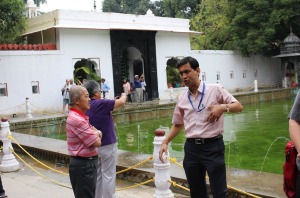 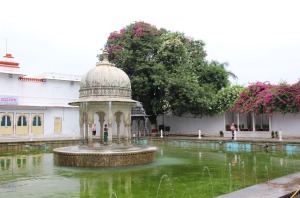 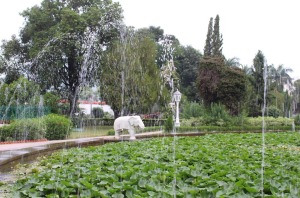 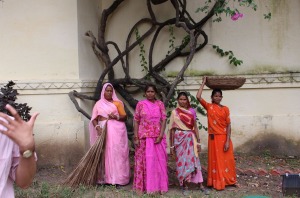 Next would come a tour of the Udaipur Fort. Lots of interesting architecture, views and stories kept us all engrossed. We even had a chance to see the chair famously left empty when the then Maharaja decided not to buckle under pressure from the British King George and skipped an important meeting in order to keep Udaipur free and independent. 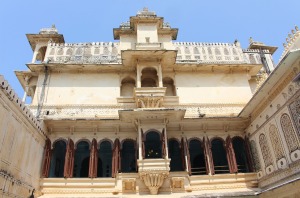 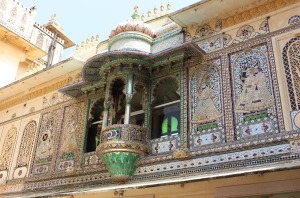 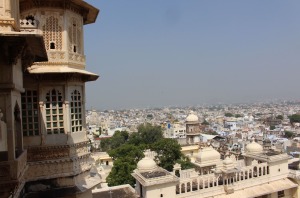 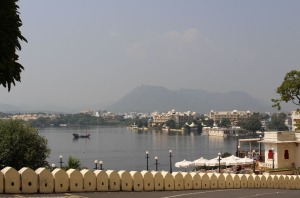 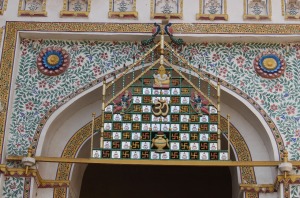 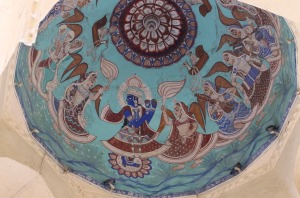 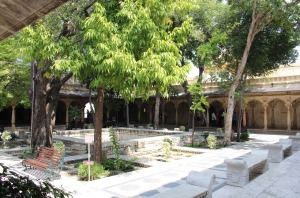 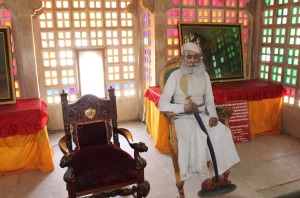 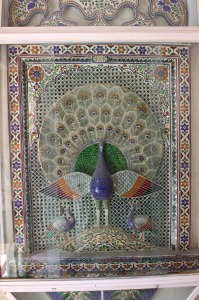 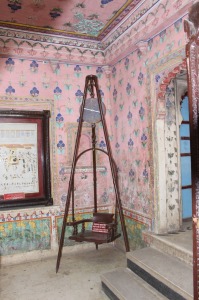 After the fort, we headed down to the lake for a boat ride that included a visit to the Lake Palace for beverages and biscuits; with great views around the lake and back to the fort and palace. The boat ride was very pleasant with the water helping make it feel a bit cooler. 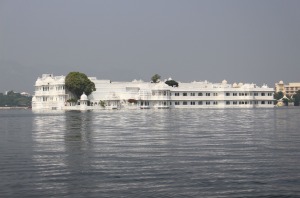 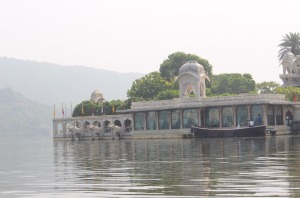 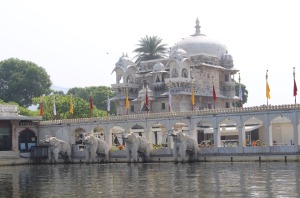 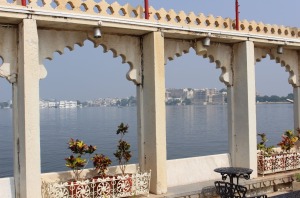 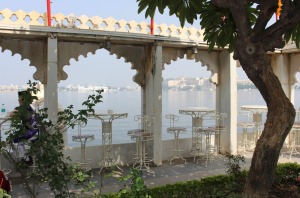 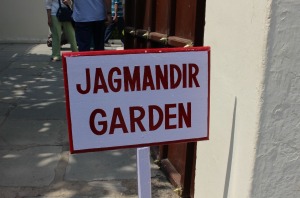 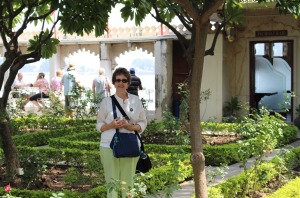 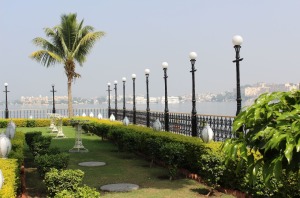 Arriving back on dry land, we headed over to the city palace for a tour and then a walk through the Crystal Gallery. The crystal gallery is a collection of furniture made for one of the Maharaja’s – yep, you guessed – out of glass crystal. Chairs, couches, tables even beds. Sadly, he died before they were completed and then when delivered, they were stored away and not used.  They were found in storage and are now on display in the gallery.

Next came lunch at the City Palace restaurant. It was a delicious buffet lunch in a beautifully appointed room. The food was good, mostly Indian, and very tasty.

On the way back to the train, we stopped at an artist’s gallery to see their age old painting techniques. We actually ended up buying a painted silk piece and two scarves. We also reconfirmed that we are not so good at negotiating as others paid less than we did for similar objects. Once we finished, it was time to head back to the train for our next departure. 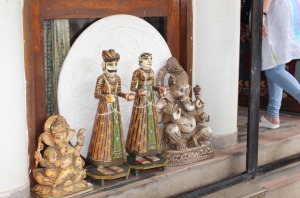 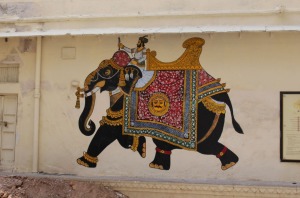 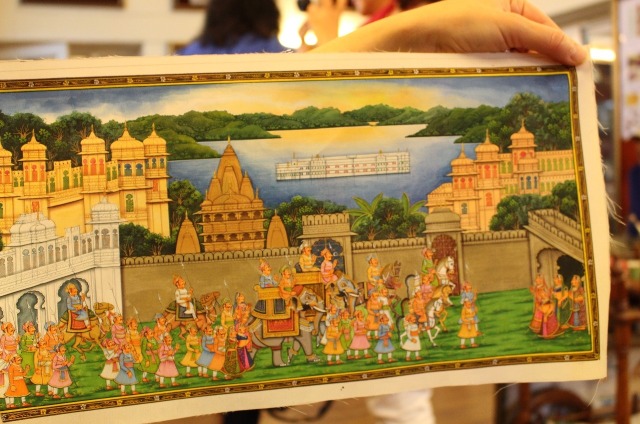 We had some time back on the train, so I was downloading pictures from the camera and writing the blog entries in a note pad since the wifi on the train only seems to work when we are in one of the bigger stations. Once we are underway, there are few towers to help bounce the signal along. Needless to say, it’s a slight annoyance, but just a slight annoyance.

We chugged along and arrived two hours later at the train station in Chittorgarh.

Like Loading...
This entry was posted in India and tagged Sites, Tour, Trains, Udaipur. Bookmark the permalink.