Day 7 – Agra and the Taj Mahal

Our final day on-board the RROW takes us to one of the Seven Wonders of the Modern World – the Taj Mahal. But first, we will see the Red Fort and have a nice lunch.

We load up the bus and start our day at the Agra Fort. The fort was built by Mughal Emperor Akbar in 1565 and contains numerous palaces and a white marble mosque. It was a quite impressive structure.

In his later years, Shah Jahan was “imprisoned” here by one of his sons who took over the rule from his father. As the one responsible for the building of the Taj Mahal, it was sad that Shah Jahan could see the Taj from the fort, but not visit his masterpiece. 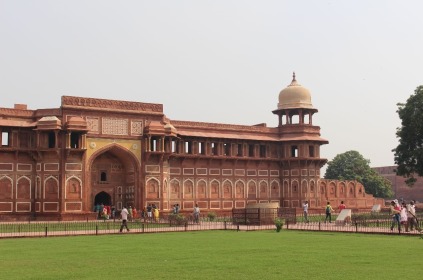 Upon leaving the fort, we went for a final lunch at a luxury hotel. Our last greeting with flower leis.

After lunch we headed to the Taj Mahal. It was exciting knowing that we would be seeing it in person. We would catch glimpses of it as we traveled nearer. We had to park down the road a bit as they try to keep the exhaust and noise away from the building. We didn’t have to walk though as the RROW provided us with electric vehicles to take us to the gates.

Entering through security, there are many items that you can not take into the area. Apparently, people have tried to chip off pieces of the marble and extract some of the gem stones. Then, the really dumb ones have tried to scratch or carve their names into the marble. Personally, I think they should have stupid detectors instead of metal detectors.

Once through security, you walk down past some guest houses to get to the main square. We were entering through the western gate, which is the main gate. As soon as you get close you can see the Taj through the opening and after passing through – there it is in all its glory. 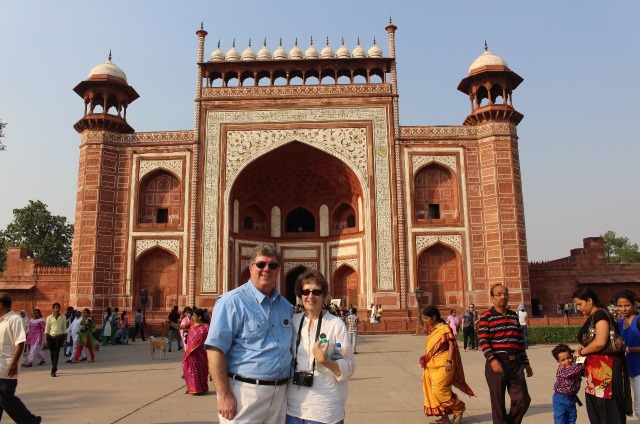 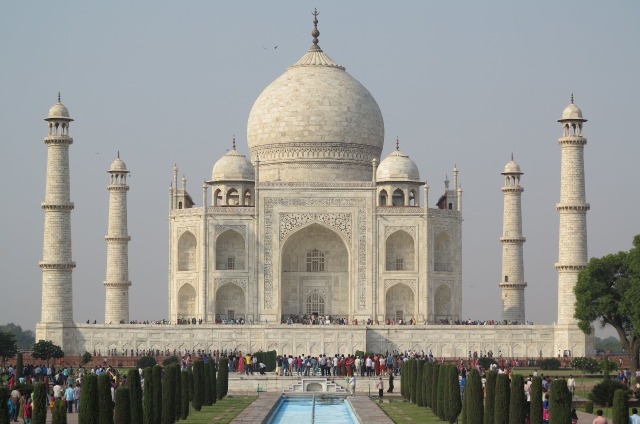 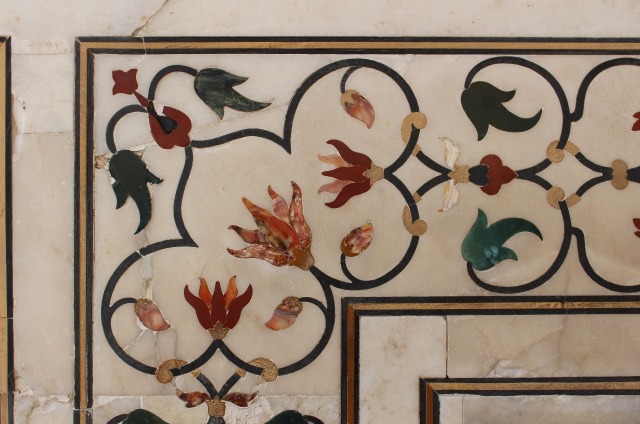 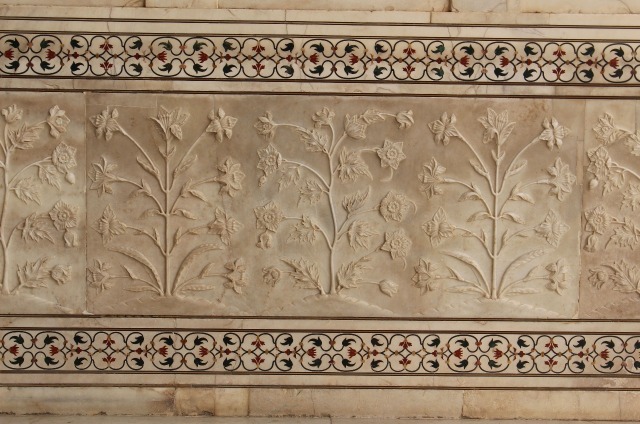 Words can not describe it and pictures do not do it justice. It is such a beautiful building. There is a feeling that comes over you that is hard to describe, but it is a very good feeling. Our guide reminds us that this is a building built by love.

The structure was ordered built by Emperor Shah Jahan for his wife, Mumtaz Mahal, who died giving birth to their 14th child. It took some 20,000 laborers 22 years to build the Taj, and every detail is beautiful: the gardens, the reflecting pool, the elaborate patterns of semi-precious stones decorating the white marble, the carvings.

But despite all that, there is a simplistic beauty that is striking.

The Taj Mahal is so important that more than 200 factories in the area have been shut down to prevent air pollution from discoloring the marble. To walk on and through the building you must remove your shoes or wear shoe booties to prevent extra wear on the floor and steps.

Our feeling was that it was at its most beautiful when gazed at from a distance. In that way you get the full magical effect.

The RROW arranged for a photographer to be available to take individual pictures and also a group shot. The pictures were taken sitting on the Princess Diana bench, which was the bench from which she had her photo taken when she visited. 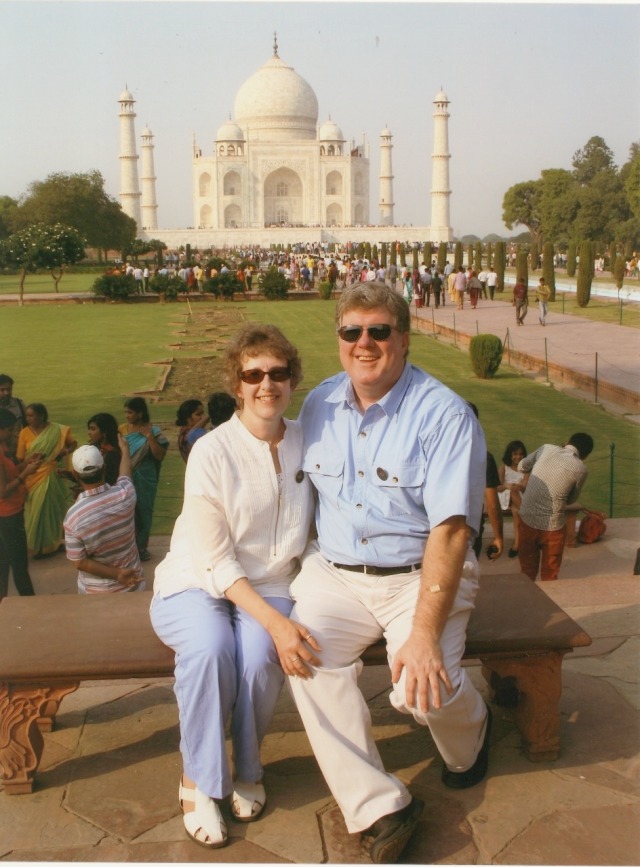 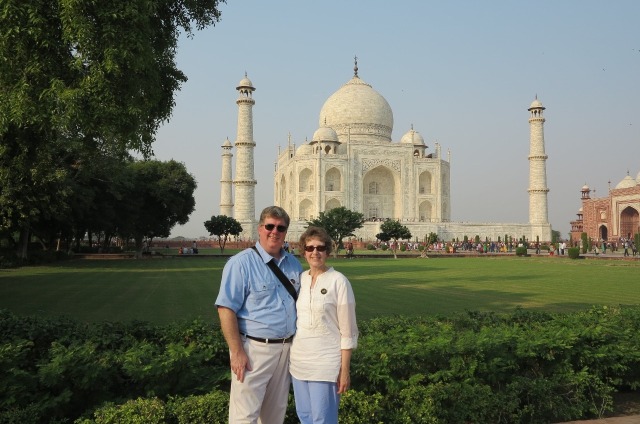 It was a fitting finale to what has been a great week aboard the Royal Rajasthan on Wheels.

Headed back to the train for our final dinner and to say our goodbyes. We’ll be leaving a little earlier then some others so we wanted to make sure to catch up with everyone.

Like Loading...
This entry was posted in India and tagged Agra, Sites, Taj Mahal, Tour, Trains, UNESCO. Bookmark the permalink.