Delacroix and the Louvre

We had a good breakfast and then headed over to the Delacroix museum.  It is literally two blocks away from our hotel, so we’re there in no time at all.  The museum is basically the studio he worked in, several small artworks and a lovely garden.  Most of the paintings were moved to the Louvre special exhibit, so our visit was relatively short.

Afterwards we took a nice walk over to the Louvre.  It was fun cutting up some of the small streets and seeing the little shops, galleries, cafes and people.  It provides a glimpse of the real Paris that you don’t see when you stick to the bigger streets.

We arrived at the Louvre and the ticket line was already pretty long.  Luckily, since we already had our tickets, we got to go to the short line and walk right in.  Sue made me promise not to make faces at the people who were looking at us as we strolled right to the front – but mentally – I did! 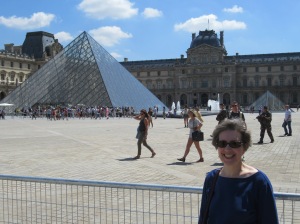 Under the pyramid, the sun was shining down and there were people everywhere.  The Delacroix exhibit was in a special area and tickets were issued by time, so it wasn’t as packed as the rest of the museum.  When our time came up, we headed in. 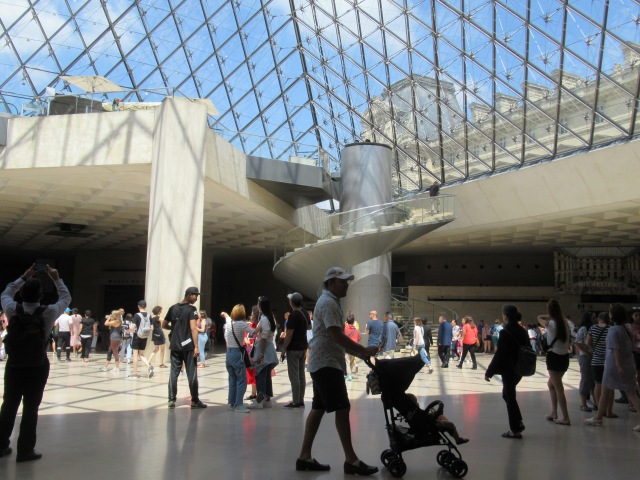 We were familiar with some of his work, but didn’t realize the extent of his talent and how much he contributed to the art world.  The following photos will hopefully provide a little glimpse of his art. 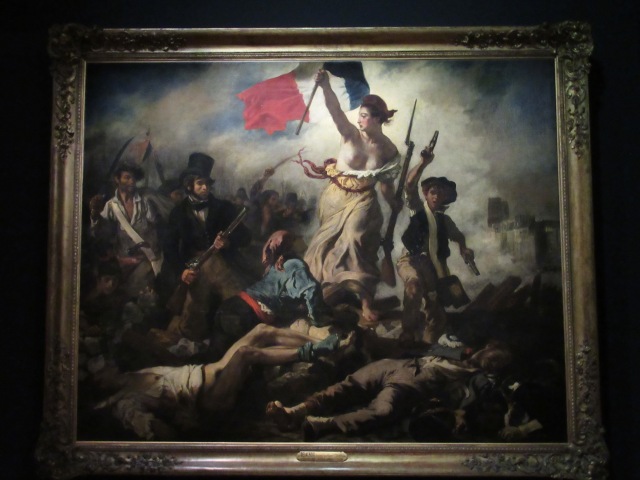 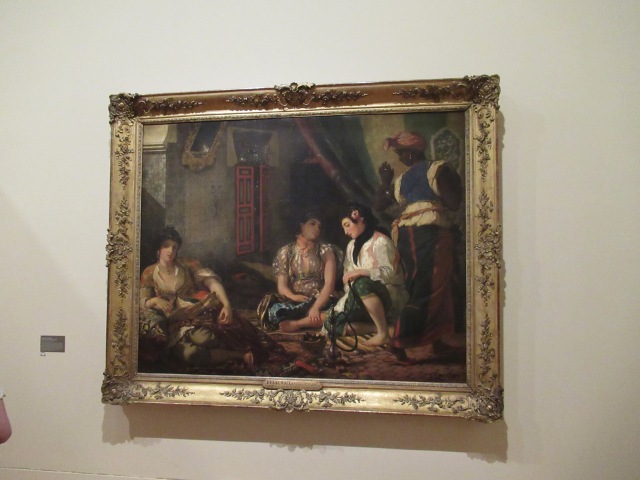 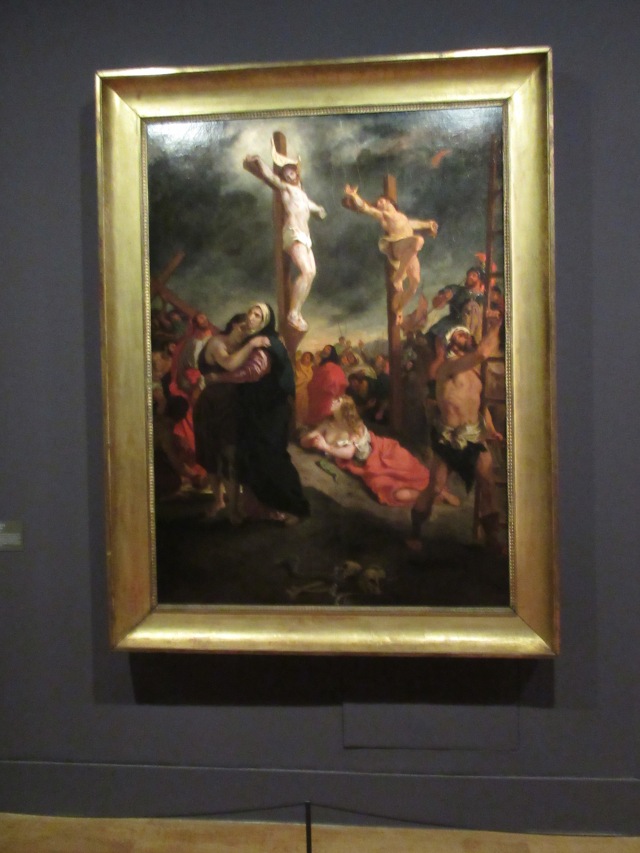 We were really glad that we bought the tickets for the exhibit.  It was enjoyable and educational.

Our tickets also allowed for admittance to the Louvre so we thought we would revisit a couple areas that we’ve not seen since we first went to them some twenty years ago.  We decided to first go to the Denon Wing to see the Italian works.  Unfortunately it was packed with people, many of whom don’t exactly practice good manners.

The first of the “famous” works we came across was the “Winged Victory”.  It stands at the top of a staircase, which means people bunch up on the stairs to snap pictures.  We were somewhat lucky in that we were at the tail end of a tour group, so once they moved on we had a open view. 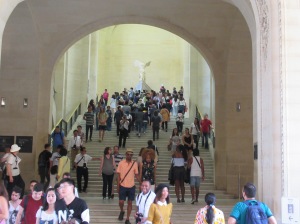 Next we followed the crowd down a corridor.  We stopped about halfway down to see a few works by Leonardo Da Vinci before heading over to see the Mona Lisa.  They have her on a wall by herself, under plexiglass.  The area is cordoned off so as to create a corral for people and yet some try to push their way forward rather than waiting patiently for their turn.  Seriously, I’m not kidding.

After maneuvering through the throng of people, we made an executive decision that we had had enough.  A gallery of that size with so many masterpieces should be a pleasant experience; today was not a pleasant experience.  So glad we saw the Delacroix works without the crush of people – wish there was a better way to see the rest.

We walked back to the hotel, but made a stop to buy two palmiers and water for a little picnic back in the room.  I have to say, French pastries are just so good and a good way to tide one over before dinner.

We rested for a little bit before getting ready for dinner.  Tonight’s dinner is at a small restaurant called “La Bourse et La Vie”  It’s located close to the Bourse or stock market and just up the street from the Grand Colbert (featured in the movie – “Somethings Gotta Give”).

Anyway, dinner was excellent.  We enjoyed our Kir Royals and then started out with asparagus with a sabayon sauce.  For our meals, Sue had chicken prepared two ways: white meat chicken with white asparagus and the dark meat sautéed with mushrooms.  I had the night’s special, which was a grilled lobster with roasted white peaches.  We had a nice bottle of Auxey-Duress white burgundy that paired up perfectly.

Very happy we chose the restaurant.  Food was excellent, service was wonderful and prices were reasonable.  Definitely a winner, especially for such a small place.

Grabbed a taxi home and rested our legs.  Lots of walking today.

Like Loading...
This entry was posted in France and tagged Art, Meals, Museums, Paris. Bookmark the permalink.

1 Response to Delacroix and the Louvre