Checking out the Edinburgh Castle

Another good night’s sleep and we’re ready to go. Today’s schedule includes a tour of the Edinburgh Castle and whatever else we stumble upon.

Walked the 100 meters to the tour starting point and met our guide for the afternoon – David. He is just as knowledgeable as yesterday’s guide, but even a little more out there. The good news is he’s right in our humor roundhouse so this should be entertaining.

After introductions, we’re off to the castle. It’s about a five minute walk to get there – straight up the royal mile. The royal mile got its name as it’s roughly the distance from the palace of Holyrood to the castle. The distance the royals would scurry if someone was coming to attack – and apparently they ran fast!

The castle has been rebuilt many times throughout the centuries. Only the St Margaret’s Chapel is original to the 1100’s. The rebuilds were the result of attacks and sieges, mostly fights with the English through the years. The castle is much more than a battered shell or ruins. In fact, a portion is still used to house Scottish military personnel.

You start by going through the main gate with memorials to Robert the Bruce and William Wallace ‘Braveheart’ on either side. It’s a more modern gate, as the real gate is four gates deep – three locked doors and an iron drop gate. Our guide David described it as knock knock squish!

Inside are many interesting exhibits and buildings that house museums. The views are also incredible. You can see for miles in every direction. If you remember yesterday’s lesson, the castle is built high up on a rocky cliff, which helped in its defense and our views. 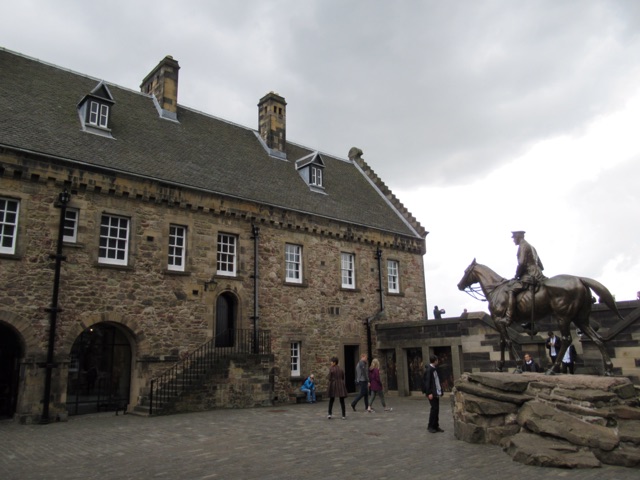 Many interesting stories and displays including artifacts going back hundreds of years. Sue was excited to see some history from the Scottish Dragoons participation in the Napoleonic Wars, including the gold plated eagle captured from the French troops by the Dragoons.

After the official tour ended, we were able to wander around the castle until closing time. If you happen to be in Edinburgh, it is definitely worth a visit. 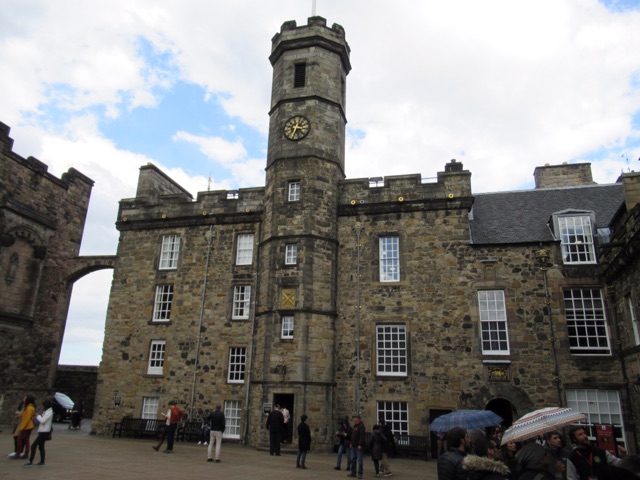 Home to the Crown Jewels

The oldest building within the Castle is St Margaret’s Chapel.  It days back to the 11th Century. 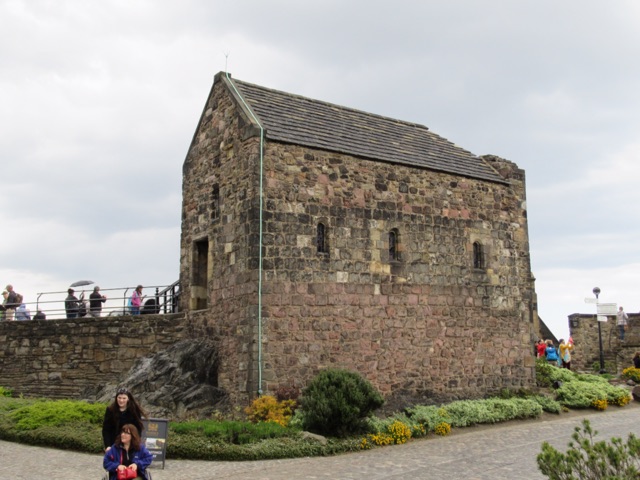 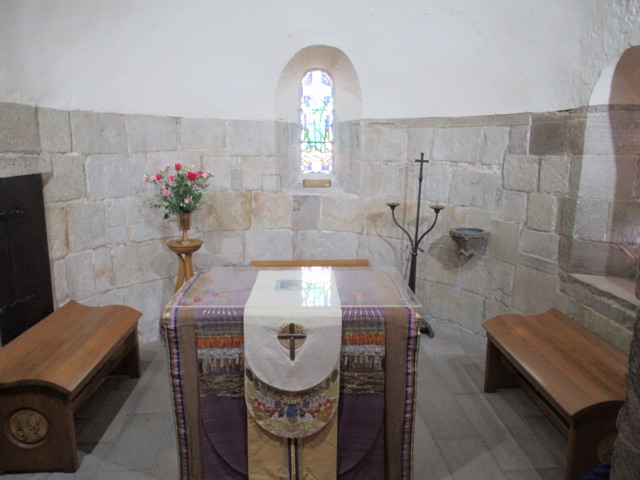 While walking home, we checked out the meeting point for tomorrow’s tour. It’s pretty close to our hotel, but there is a set of stairs that we will need to take. A quick count says there are ninety steps. I’ll let you know what we think about them when we return and have to go up!

Dinner tonight is at a restaurant named “Angels with Bagpipes”. It is literally right next to our apartment. Even after some wine, we should be able to manage the walk home. Despite being located in a touristy area of town, the restaurant comes highly rated. 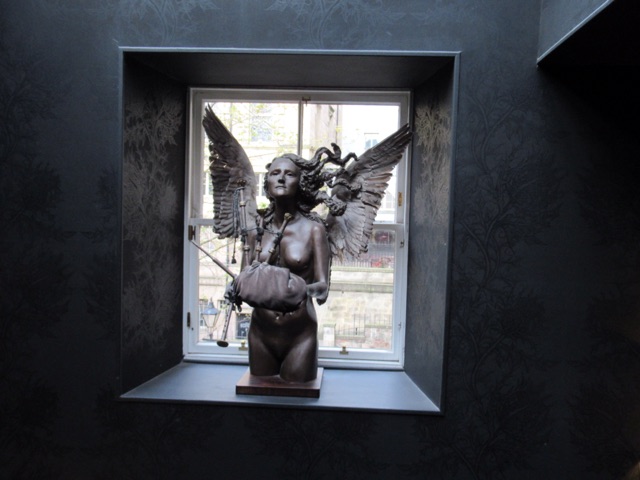 The angel with her bagpipes

We decided to try the Chef’s tasting menu. It’s four courses with wine pairings and everything looked delicious. The courses were goat cheese and beet salad, seared salmon, saddle of lamb and we chose a cheese plate for desert. All were absolutely delicious. In fact, we liked it so much, we made a reservation to return tomorrow evening so we could try items from the full menu. So much for grabbing something quick after our tour.

Feeling sated, we headed home to relax and get a good night’s rest for tomorrow’s adventure.

Like Loading...
This entry was posted in Scotland and tagged Edinburgh, History, Sites, Tour, UNESCO. Bookmark the permalink.