Edinburgh has a Hop On – Hop Off bus with three different routes. Our Majestic ticket allowed us to ride them all, plus it provided entrance tickets to the Royal Yacht Britannia, the palace at Holyrood and the Edinburgh Castle.

We’re starting out with the majestic route so we can visit the Royal Yacht Britannia. The ride is pleasant as we cut through the new town on the way to the waterfront. The ocean terminal where the ship is docked has been turned into a small mall with shops and restaurants.

The Britannia was commissioned in 1954 and wasn’t decommissioned until 1997. It was noted that the decommissioning ceremony was the only time the Queen cried in public.

The ship is quite large. We toured four decks, which included sleeping quarters, a state room, huge dining hall, crew quarters, a kitchen, a laundry room and notably, many, many bars. The ship was decorated very tastefully and was bright and welcoming. You could see why the Queen loved it so much. 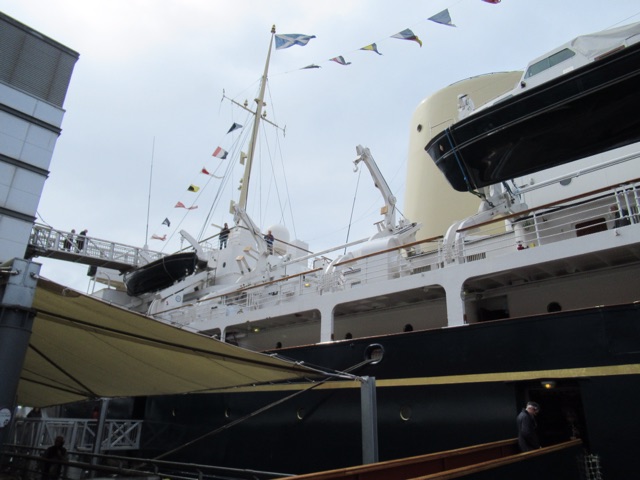 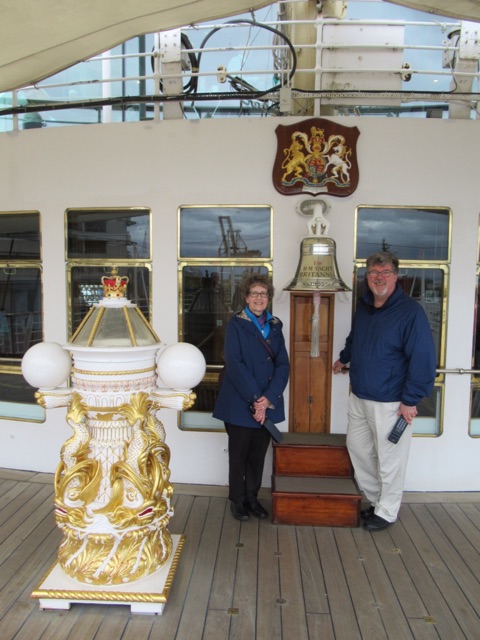 There were many interesting photographs throughout the ship depicting the royals enjoying their time on-board. Also, many mementos from prior yachts and the persons who sailed them. It was a great sneak peek at another side of British Royalty.

We caught the bus back to Waverley Station and since it was still early, we hopped on another bus for a tour around the city. This tour took us through some of the Old Town and New Town streets pointing out places where historical events have taken place. It was a nice way to relax and see the city for an hour. I must say, they do an excellent job with the audio guides on the tours.

View up the Royal Mile

Afterwards, we headed back to the apartment to rest up before dinner.

After our meals of the last few nights, we decided to go simple. There is an Italian restaurant called Zizzi next door that we tried. A little pizza, some pasta and a nice bottle of wine capped off a good day. The thirty meters back to the apartment was nice too!