Up early to clean up and pack for check out. We will be spending the next three nights in Glasgow. It’s hard to believe that the first week is over already. Check out is a matter of waving good-bye and saying thanks for everything. Then it’s off to the Waverley Train station. 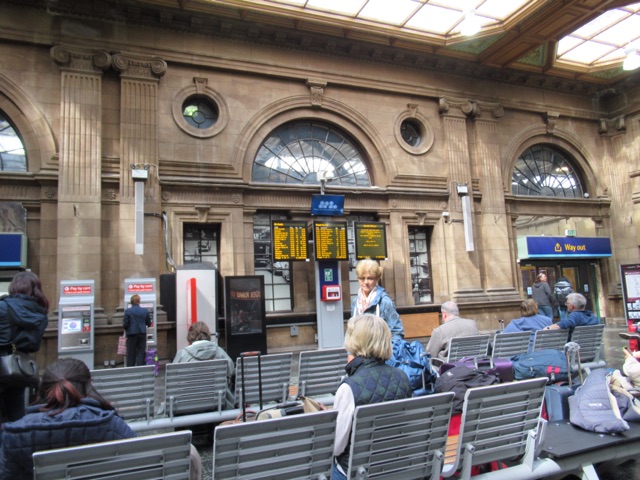 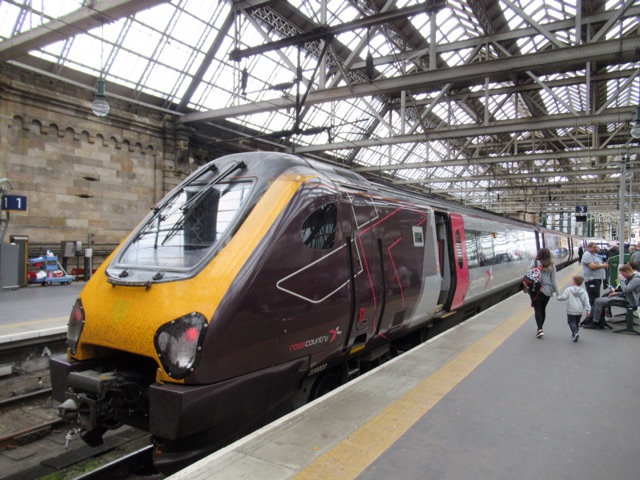 We’re a little early, but we found seats and bought some snacks – so we’re all set. We sat next to a delightful woman and chatted about our visit and she offered up a couple hints for places to check out when we return to Edinburgh.

She was telling us about her son-in-law, who is in the military. He was Prince William’s boss while he was serving as a helicopter ambulance pilot. At a function that they attended, everyone was addressing William as Your Highness, but when her son-in-law approached, William chirped up – “Hi Boss!”

She was such a nice woman and very much how we have found all the people we have encountered here.

Our train was due to arrive soon, so we headed over to the platform to wait. The trains to Glasgow run frequently, so there are only four cars to our train. The ride is quick and smooth, cutting across to the west. We arrived right on schedule at the Glasgow Central Station.

Our hotel is called the Hotel Indigo and is only three blocks from the train station. Just a five minute walk and we were checking in. 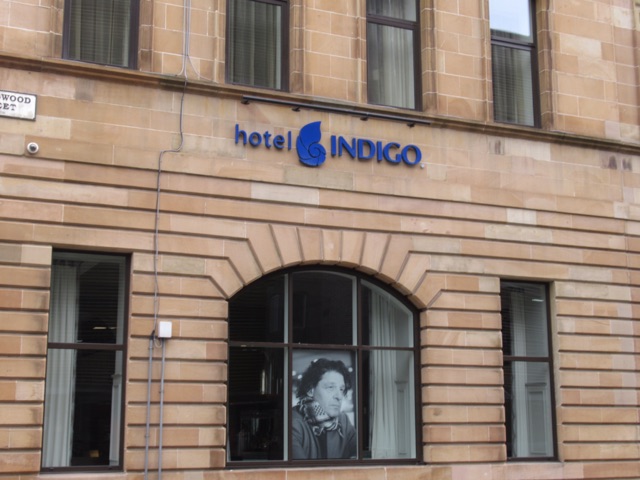 It seems like a nice hotel. The building was originally an electric building built in the early 1900’s. There’s a nice lounge in the lobby and the hotel houses a very nice steakhouse that I’ll report on Thursday.

The room is nice. Not quite as large as the apartment, but still comfortable. There is, however, a large walk in shower that looks inviting before dinner tonight.

We went to a restaurant named ‘Gamba’ this evening. They specialize in seafood and it came highly recommended. We lucked out as the restaurant is only about five blocks away from our hotel, so we were able to walk over. We were greeted warmly upon our arrival and seated straight away in a cozy little nook. 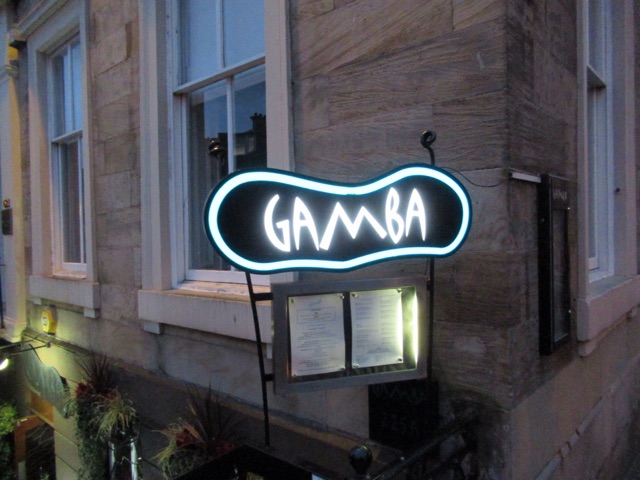 We were immediately presented with an amuse-bouche to whet our appetites. We started with a nice kir royal before ordering. Everything on the menu sounded delicious, so it made the selection process difficult – but in a good way!

Sue went with a beetroot, goat cheese, sautéed onion and pureed apple soup followed by grilled rock bass. I chose the crabmeat with siracha aioli followed by grilled halibut. We accompanied our meals with a nice bottle of Chablis. The recommendations were spot on. We thoroughly enjoyed our meal and the prices were once again reasonable. 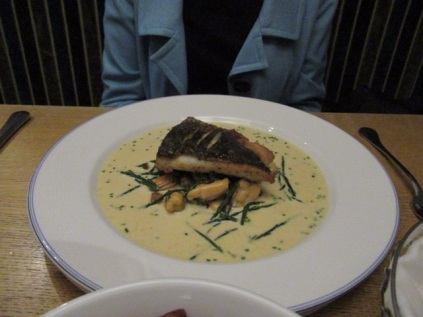 Took a nice walk back to the hotel where we enjoyed relaxing for the evening.